3 Reasons Asking For Help Will Improve Your Life

We all do our best to assert our independence. But, occasionally, we ask for help and it's then that some important changes happen in us. It was a recent interaction with my toddler that reminded me o

Do you cringe when you have to utter the words, "help me"? Most people do. What is it about those two words that makes you and me feel weak and helpless?

From early on in our lives, we all do our best to assert our independence. That's why there are funny stories of kids saying variations of "I'll do it myself!" But, occasionally, we break from our rugged independence and ask for help and it's then that some important changes happen in us and with the person whom we've asked.

[Tweet "Asking for help produces changes in us and within the other person."]

My youngest daughter, Selah, will turn 2 in August and lately it seems like she's racing to grow up. It could be that she wants to catch up to her big brother and big sister. It could also be that she's testing her boundaries and what she's capable of.

Recently, my family and I went for a visit to my in-laws and soon after we arrived Selah found a toy that she wanted to play with. She came running (more like waddling) into the living room with her toy where I was sitting in a very comfortable recliner.

Lately, Selah has been able to climb up on more and more pieces of furniture. However, this particular recliner sits up higher than any of the other furniture and it was just a little too difficult for her to climb. That's when she looked up at me and said those all important words... 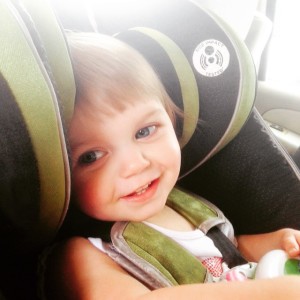 Of course I was happy to help her off the ground and into my lap so that she could play with her toy. It was after helping her up that I became aware that lately she was asking for help more often. But, she was also very quick to let you know when she had the situation under control.

How Asking For Help Will Improve Your Life

After thinking about my interaction with Selah, I came to three conclusions about asking for help that will improve your life and mine. My hope is that these reasons will outweigh the fear or negative emotions you feel about asking for help and will encourage you do ask for it more often in the future.

Because my daughter was willing to ask me for help, we both got to experience a wonderful moment with each other that otherwise would not have happened.

[Tweet "Humility and trust are two of the most important characteristics in a healthy #relationship."]

And at the end of your life, will you want people to remember that you never needed (truthfully, never asked) for help or that, because of your humility, they got to enjoy a close relationship, wonderful moments, and a fulfilling life with you?

[reminder]Think of a time when you asked for help. What did it do for your relationship with that person?[/reminder]

How to Take Control of Your Life

Have you ever felt out of control? There are some critical areas of our life that, if we'll take them back, we will regain the control we need and...

Mistakes make us human. The worst mistake we can make is in deceiving ourselves into thinking that we can be mistake free.

How to Consistently Reach Your Goals

How can we make sure that we finish our goals as strong as we start them and not get discouraged? The answer came from 3 insights I gained from a...

Get notified of new growth insights

Be the first to know about new organizational, team, and personal growth insights from me.